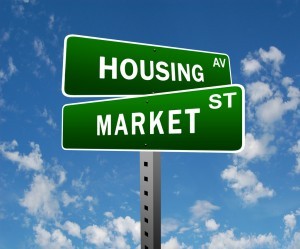 The Brisbane property market is finally making a comeback, according to the latest RP Data figures.

Research director Tim Lawless says the results show Brisbane has had the most significant turnaround.

“Brisbane’s housing market has been underperforming since the onset of the global financial crisis, with home values still almost 10 per cent lower than their previous peak, which was back in November 2009,” he says.

“The strong result for August was evident across both the detached housing and the unit markets and may potentially mark a positive turning point for Brisbane’s housing market.”

Sydney still remains the best performing capital city over a 12 month period, with the median house price increasing by 5.4 per cent over the past quarter to $587,000.

Overall, capital city dwelling values rose a further 0.5 per cent in August, taking the cumulative recovery in residential home values to seven per cent since the market bottomed out in May last year.

“While the recent surge in dwelling values has caused some renewed debate about an Australian housing bubble, it’s important to remember that the average annual capital gain over the past decade has been just 4.3 per cent across the combined capital cities,” Lawless says.

He adds the spring season is likely to show strong housing conditions, especially in Sydney.

“In Sydney, listing numbers are about 28 per cent lower than a year ago. The lower effective supply levels are a result of fewer new listings being added to the market and a higher rate of absorption, with a 30 per cent increase in sales activity compared with a year ago. We’re already seeing a substantial increase in real estate agent activity across the RP Data platforms, which indicate a surge in pre-listing sales.

Back to all news
Up to Date